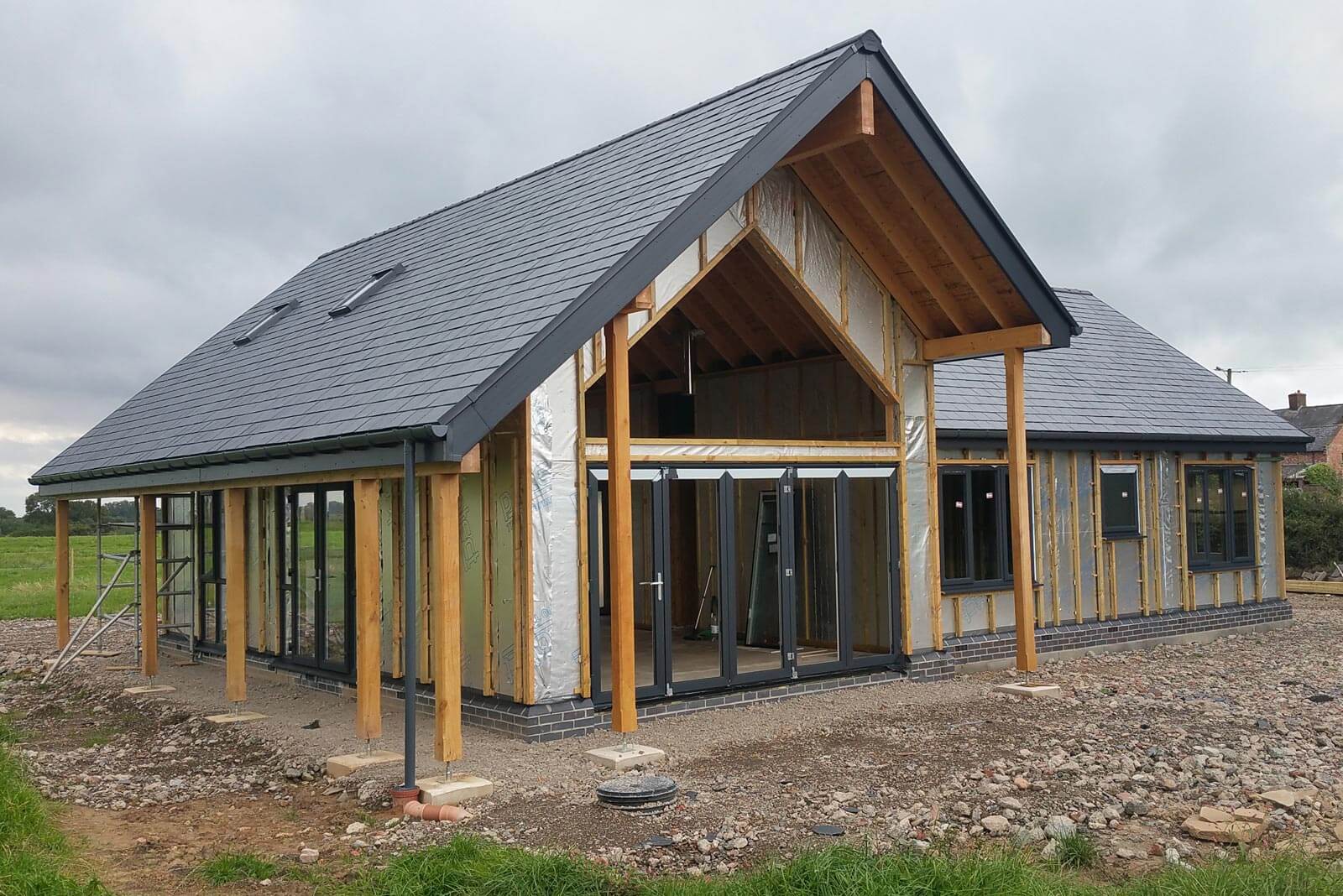 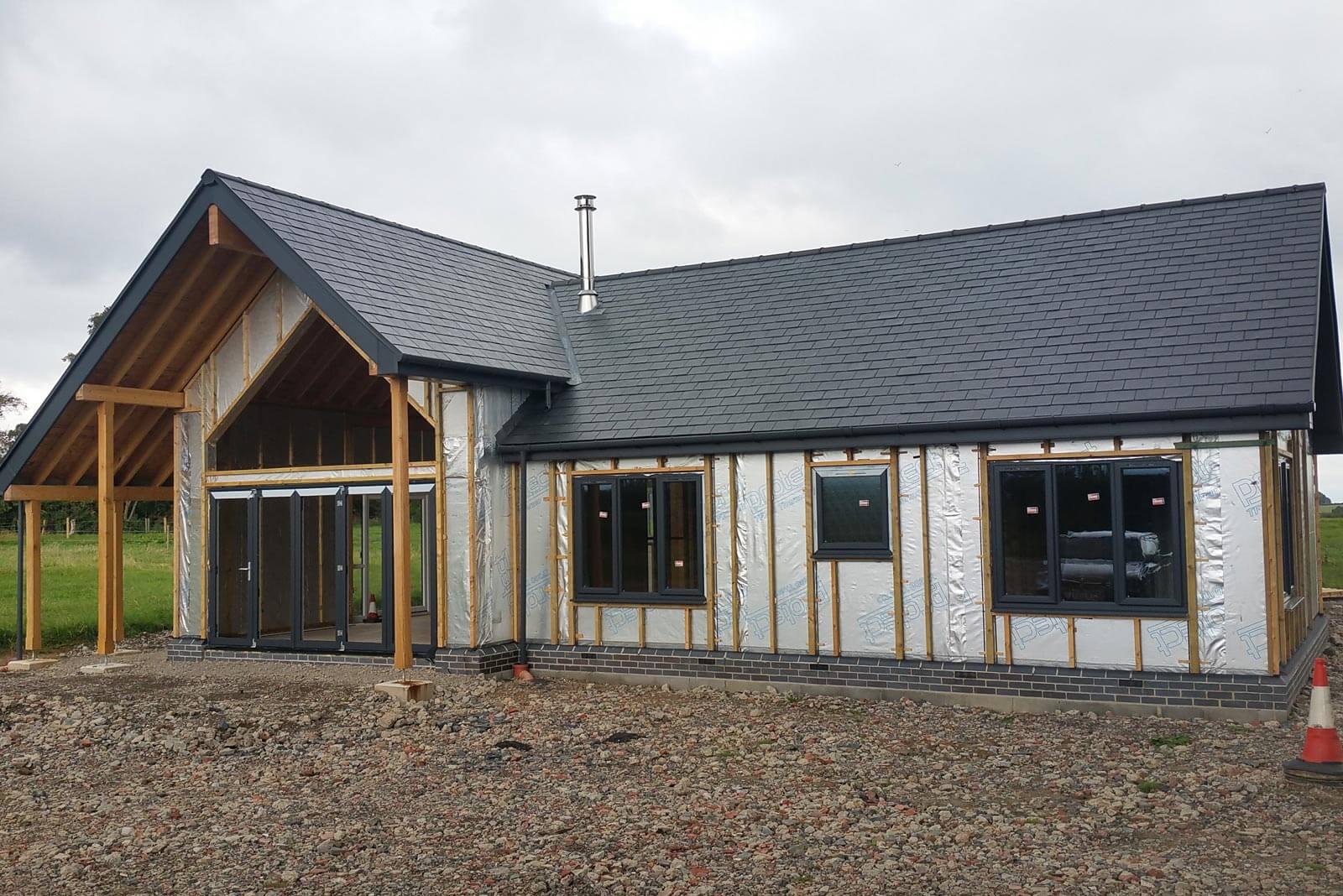 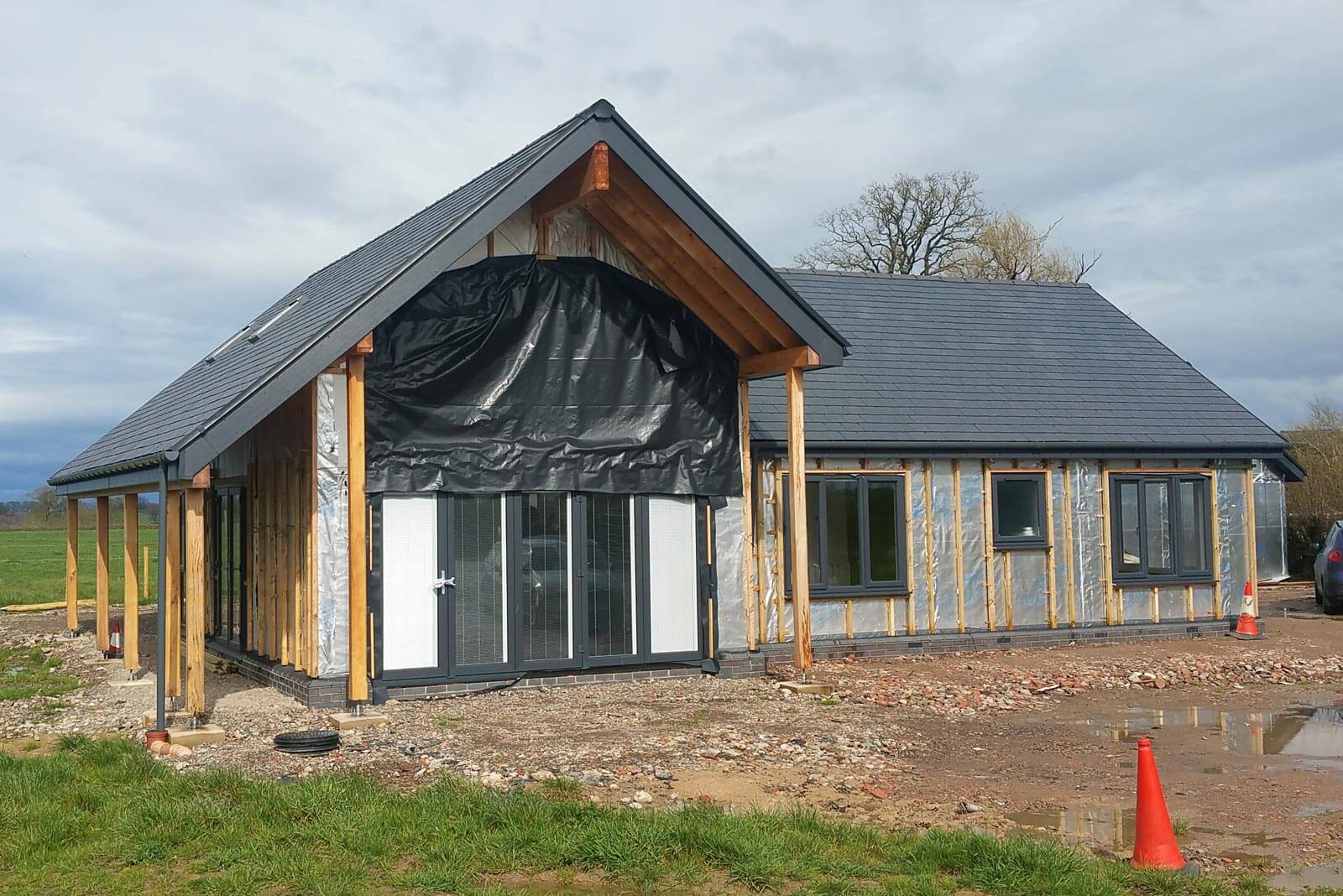 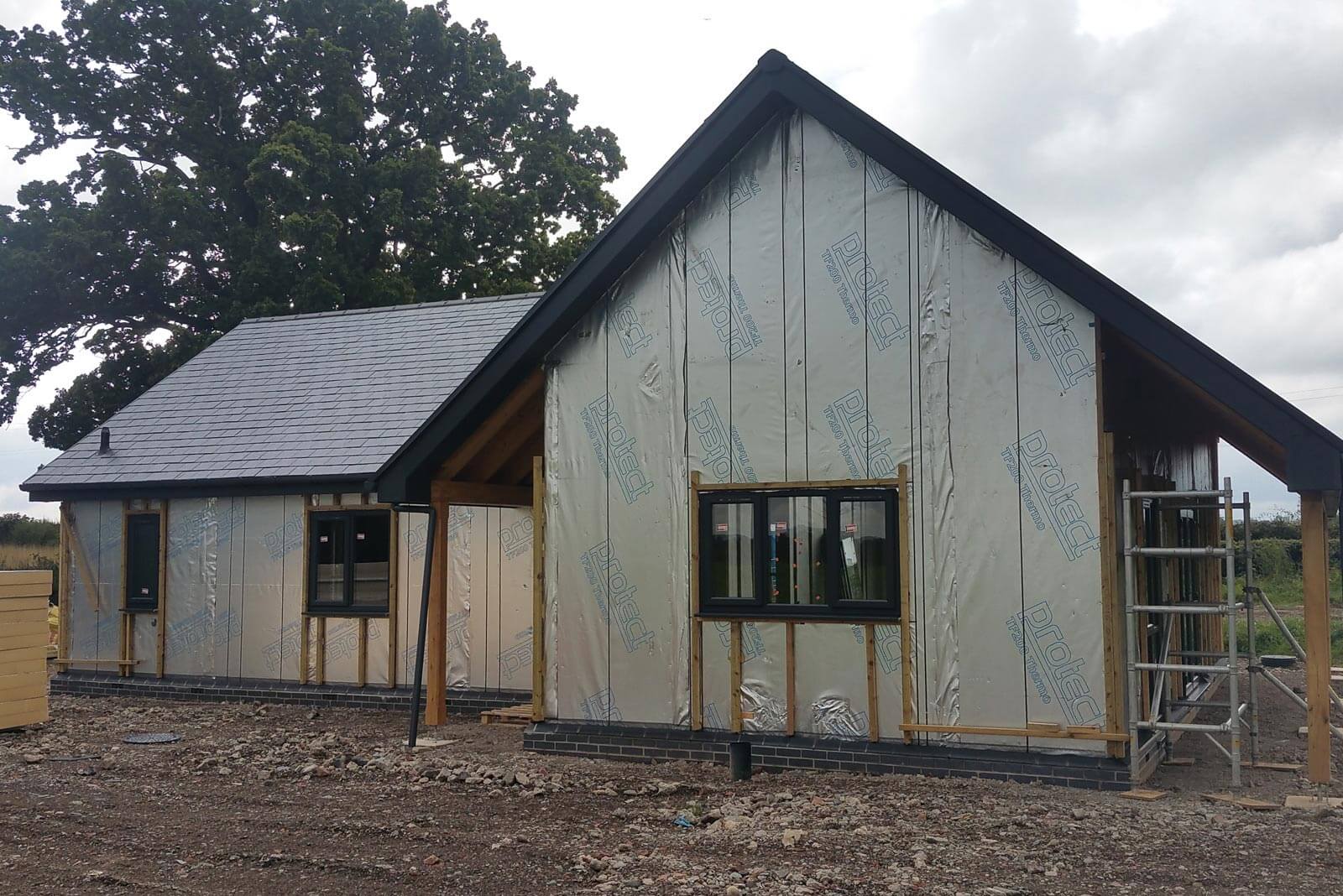 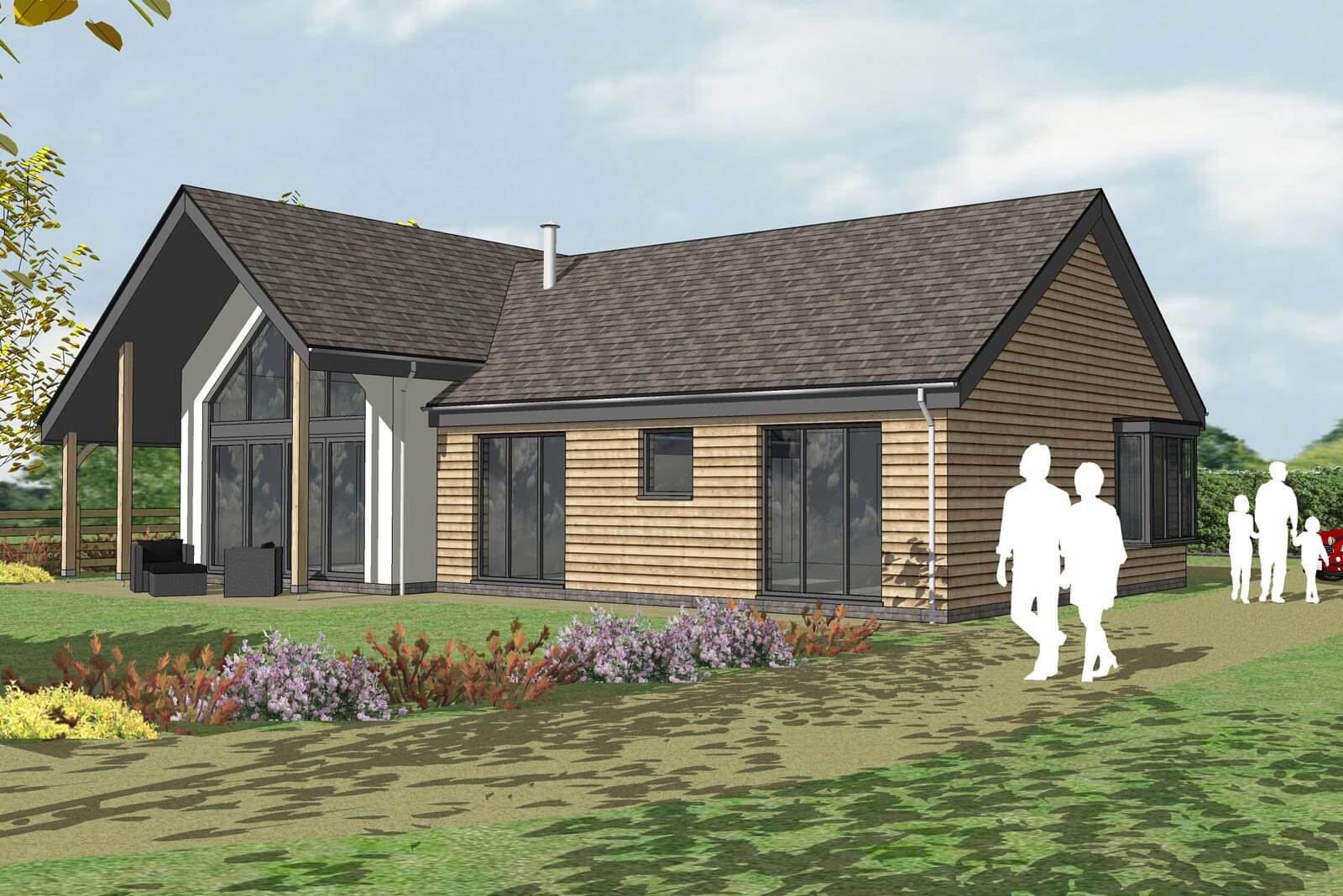 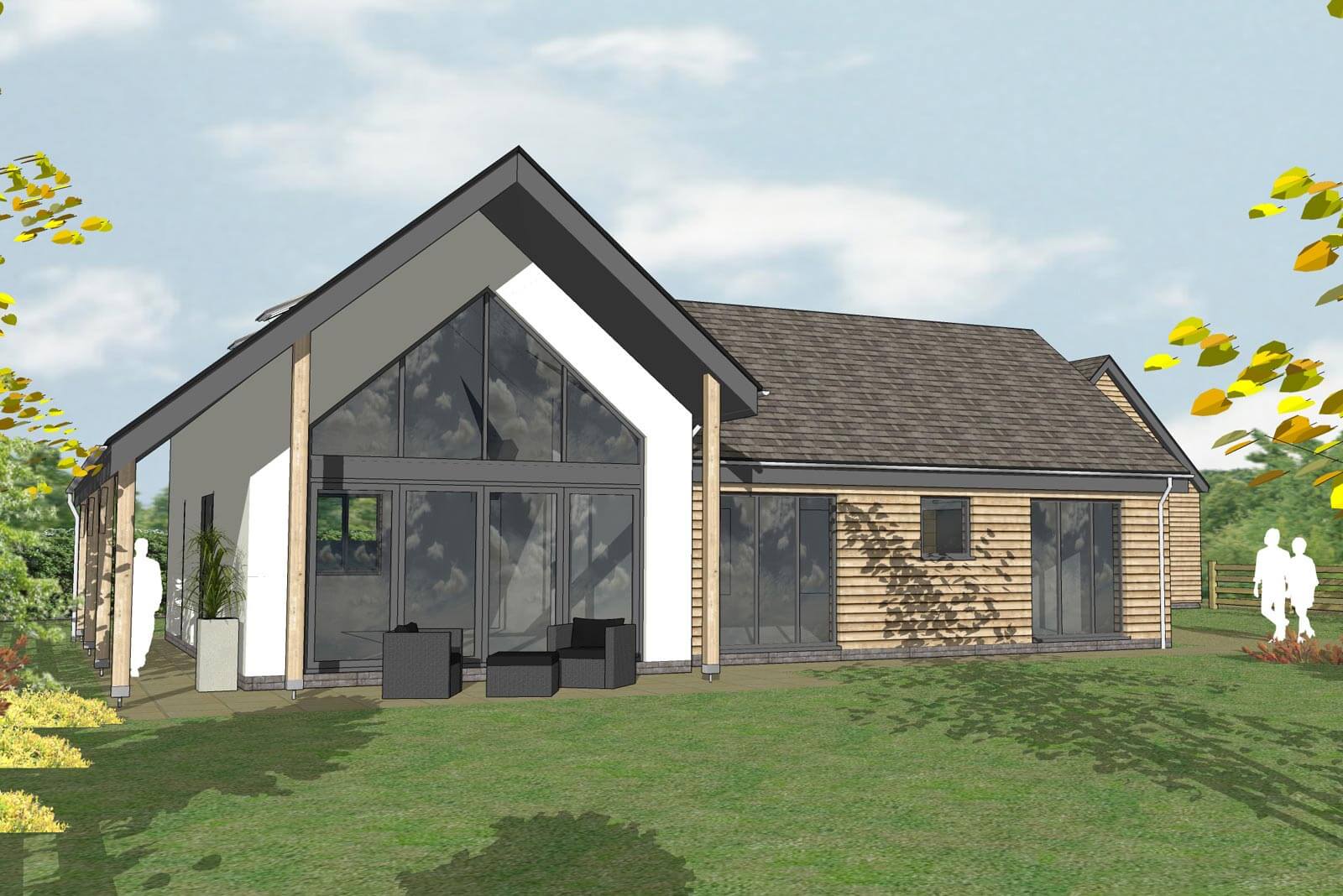 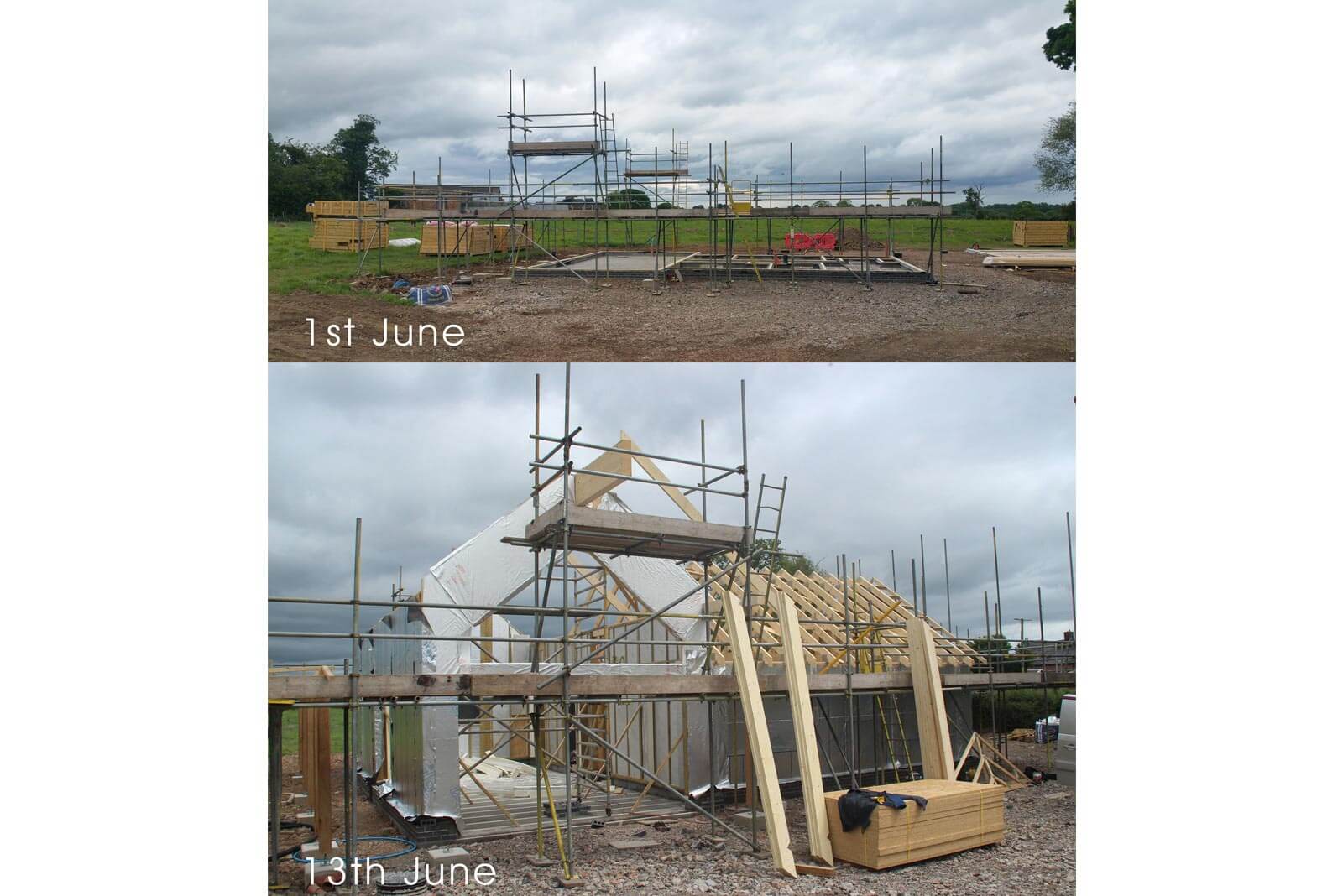 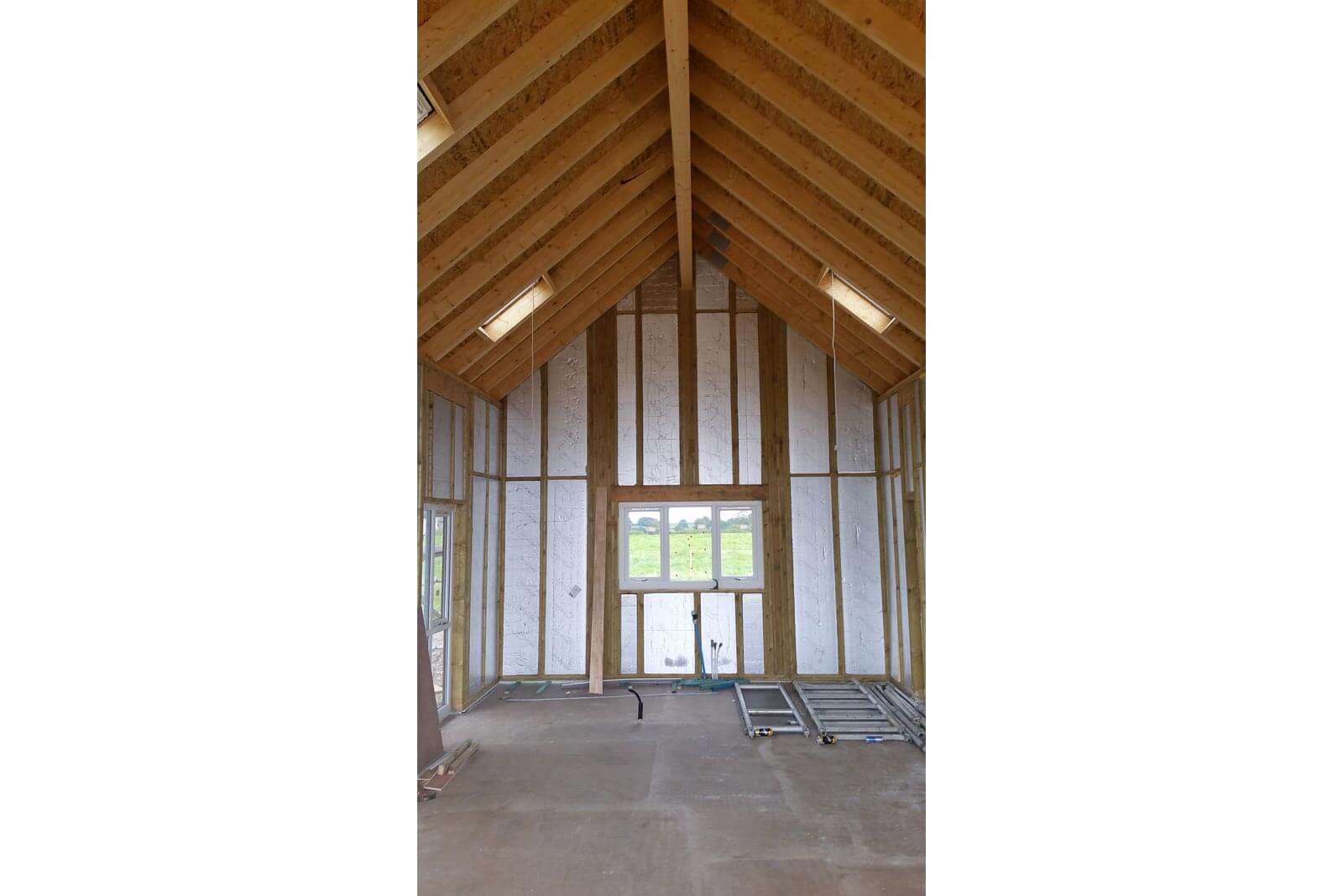 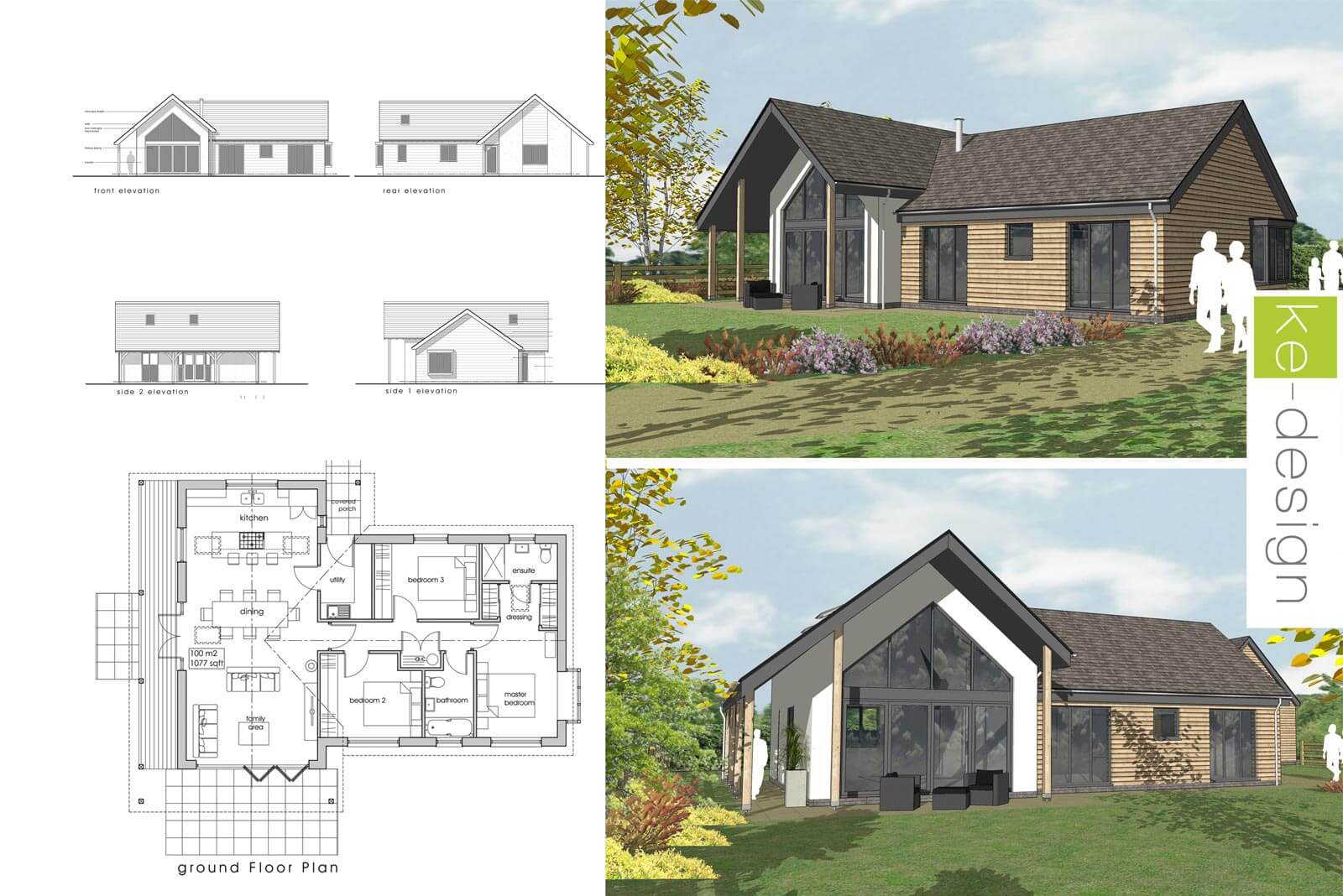 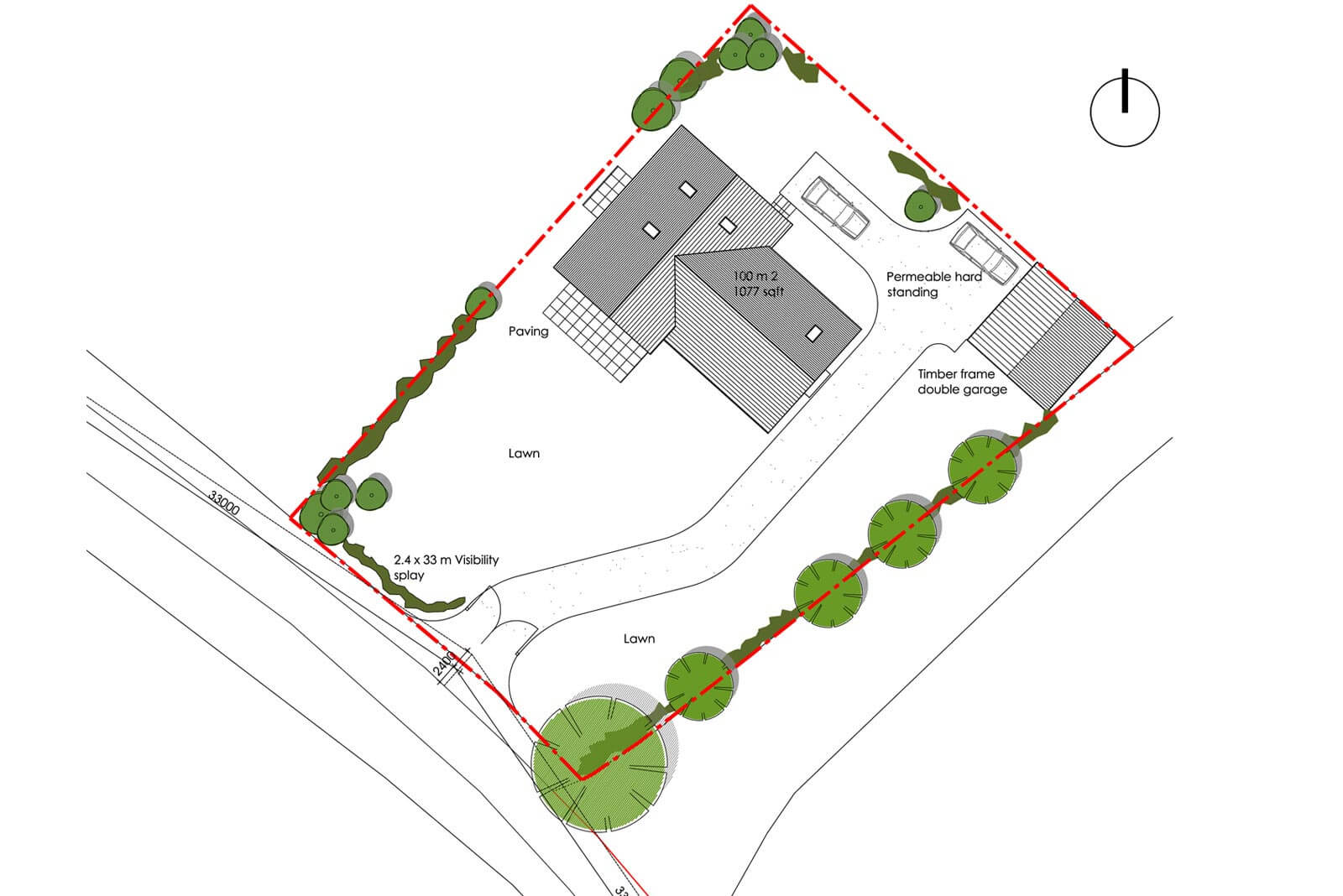 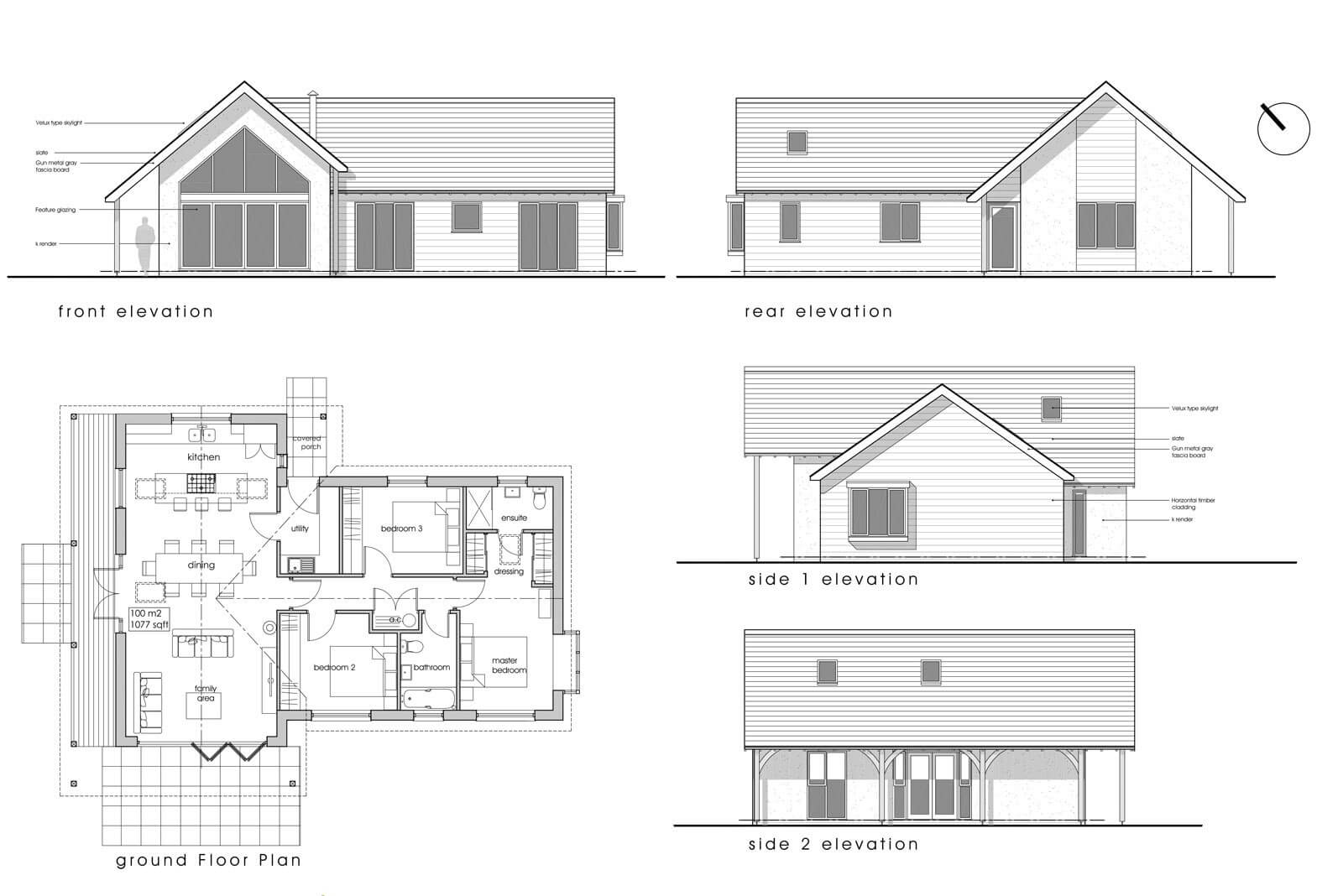 Ke-design was approached by a young couple to undertake the role of obtaining planning permission of an affordable / local needs dwelling, which is limited to 100m2 so they can build a family home of their own. When the clients stated they wanted a bungalow, our initial thoughts and images are still of 1970s bungalow for the elderly. It was out challenge to smash that image.

The one thing that was soon realised when limited to floor area, a bungalow is a smart idea- no stairs taking up vital space, open plan makes a space feel bigger, reduce circulation place, eliminate the need for a front & back door (no one in the countryside uses a front door). Also when the site is open to farm land you want to make the dwelling look as large as possible. If the dwelling was 2 storey, the footprint would be halved.

The plot is approached from the south, so the dwelling was set back from the road so that the clients could enjoy a south facing garden. To make the dwelling feel as grand as possible the eaves to the open plan kitchen / dining / living were raised (to the planners dislike) open to the ridge creating the feeling of space, with a large glazed gable to let loads of light in and solar gain. While a steer from the local red brick, the modern looking dwelling with render and timber cladding was fully supported by the local Parish Council.

The clients are in and I wish I could quote Gemma is her drunken testimonial when we bumped into them at a wedding but let’s say ‘She Loves It’.