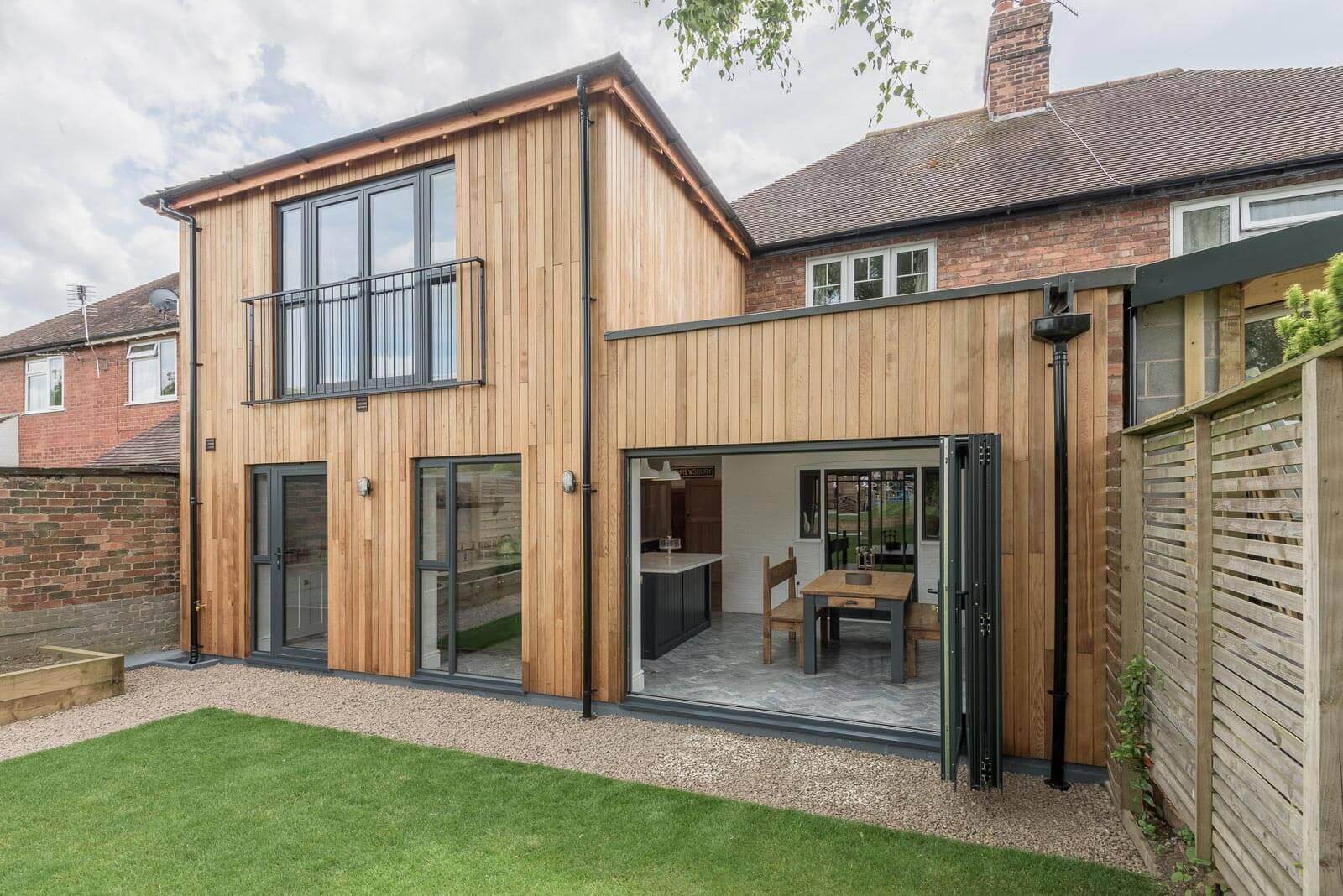 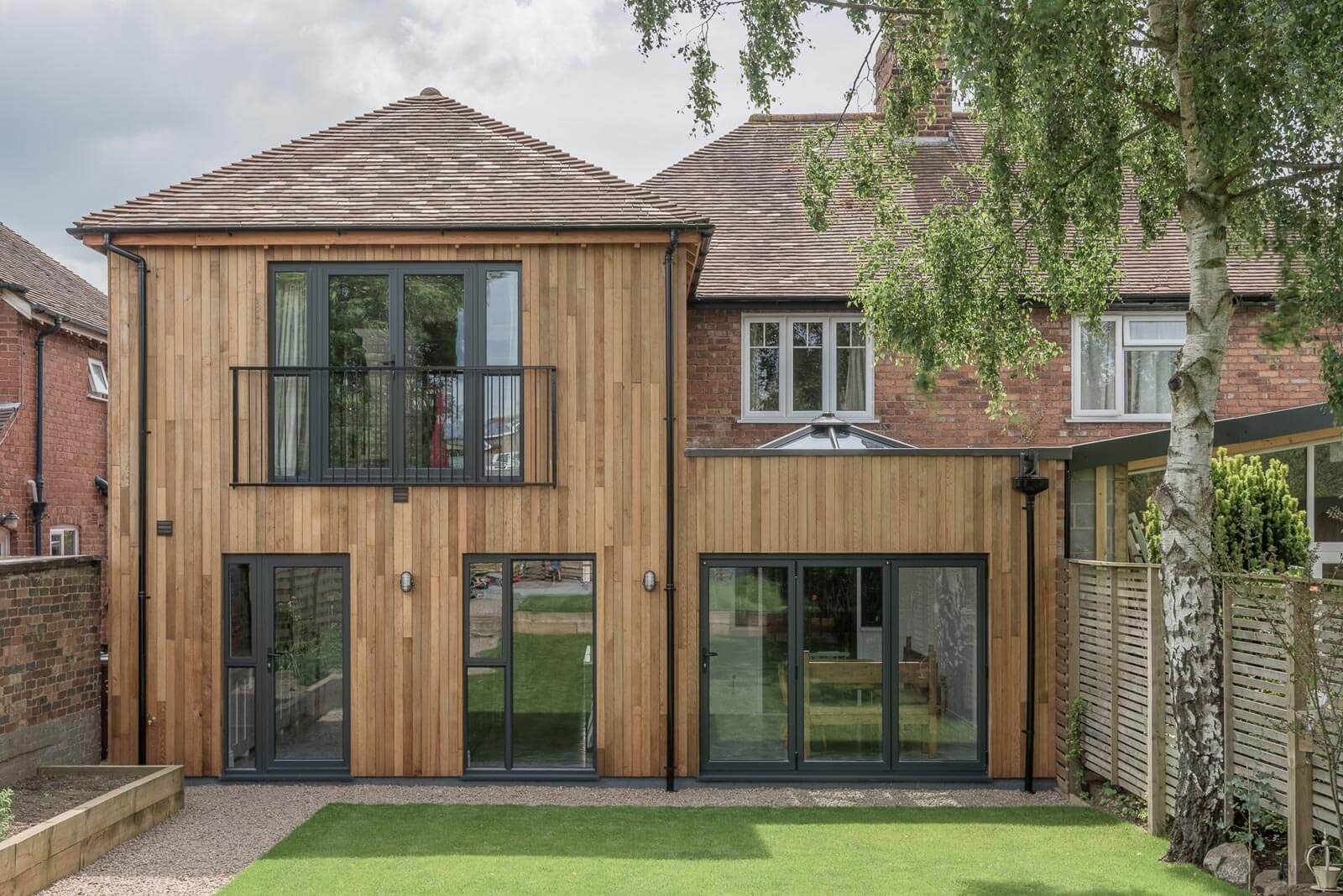 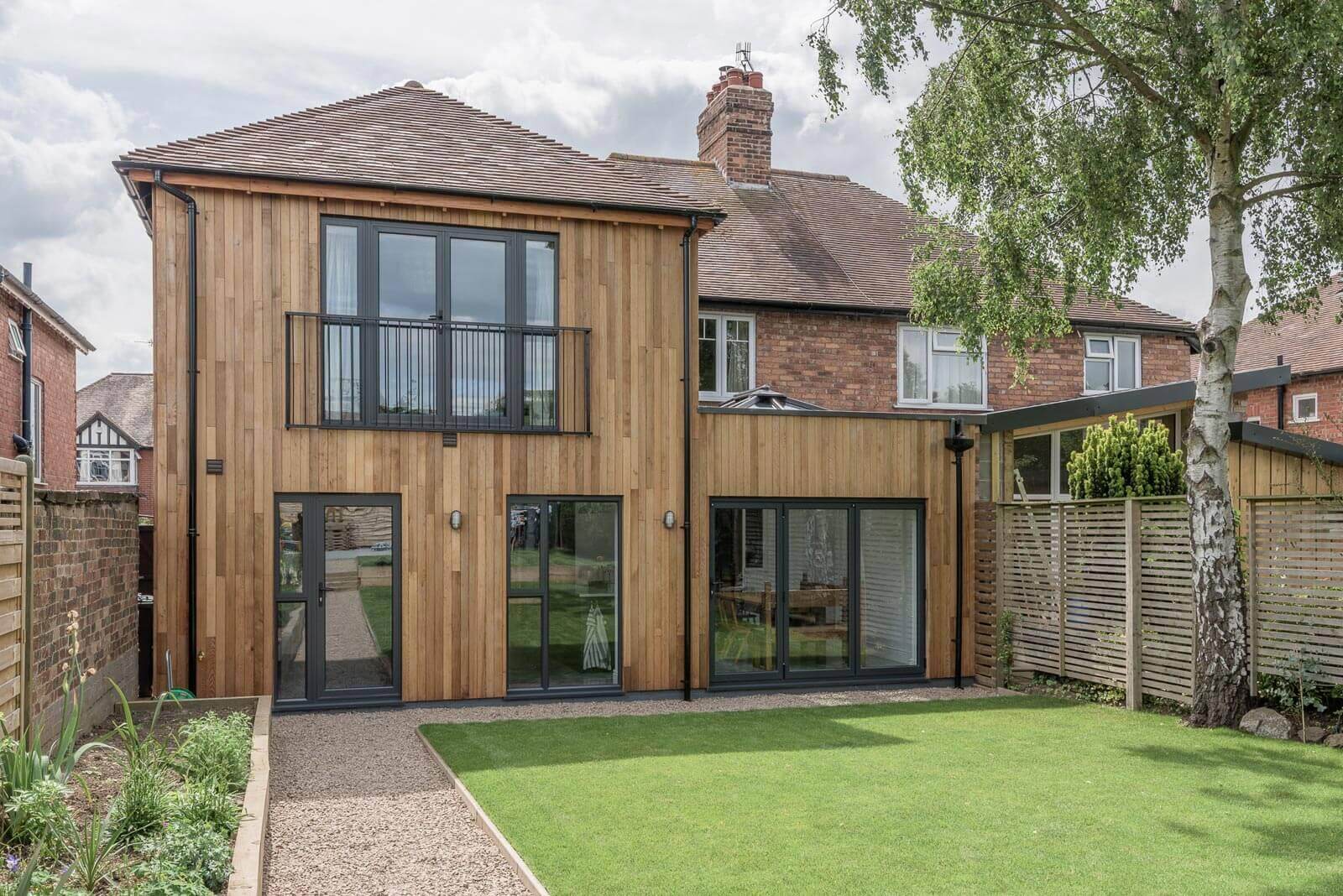 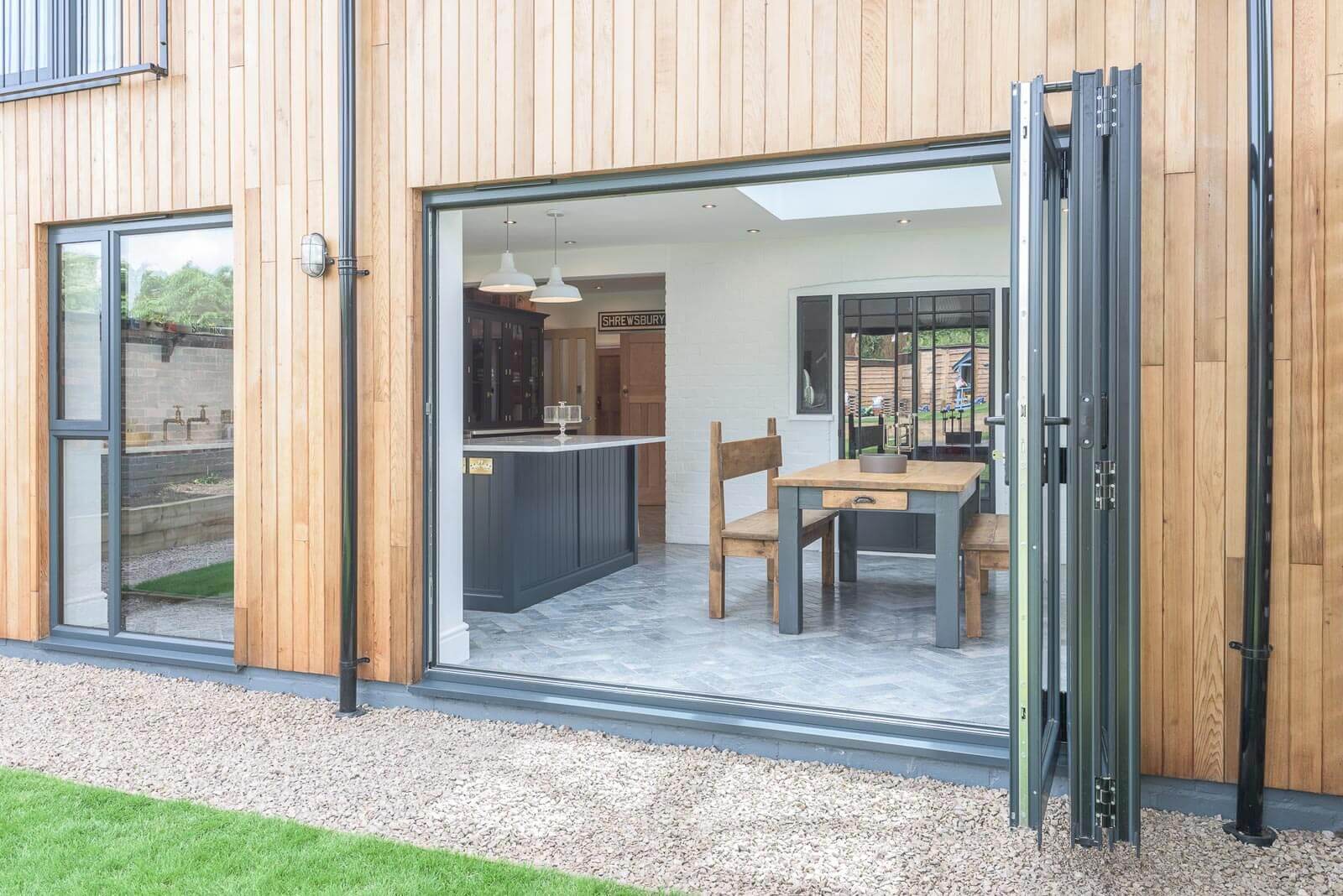 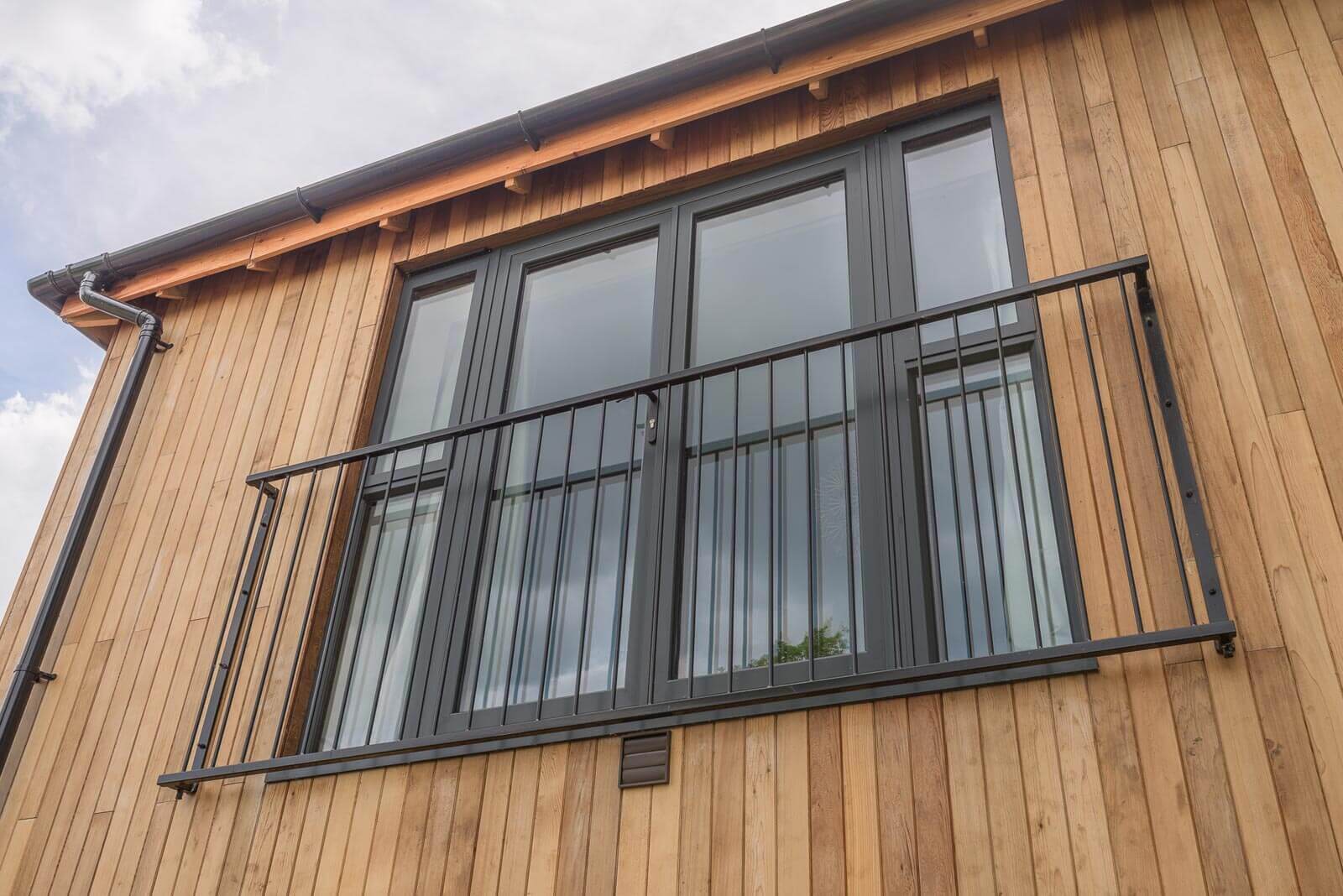 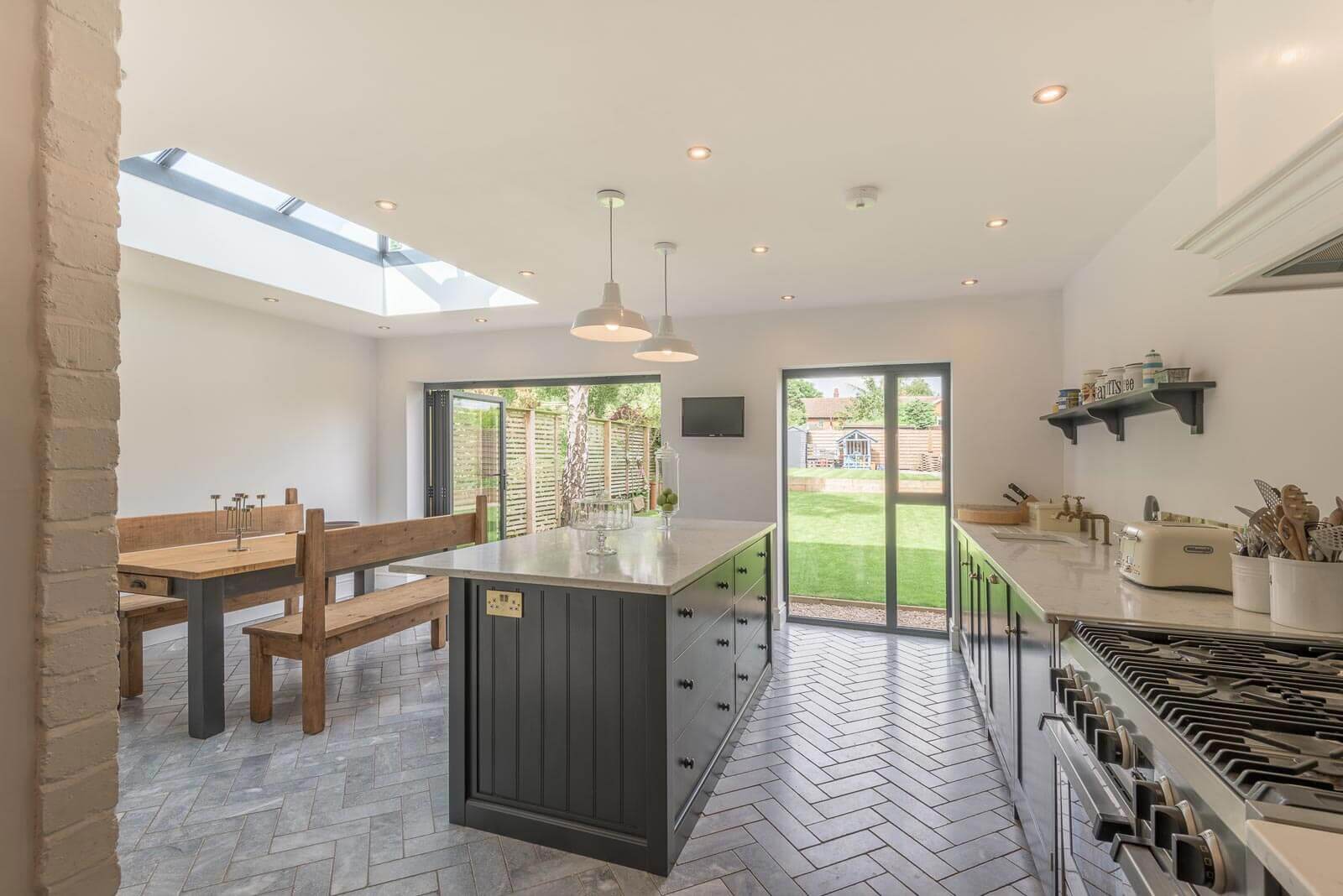 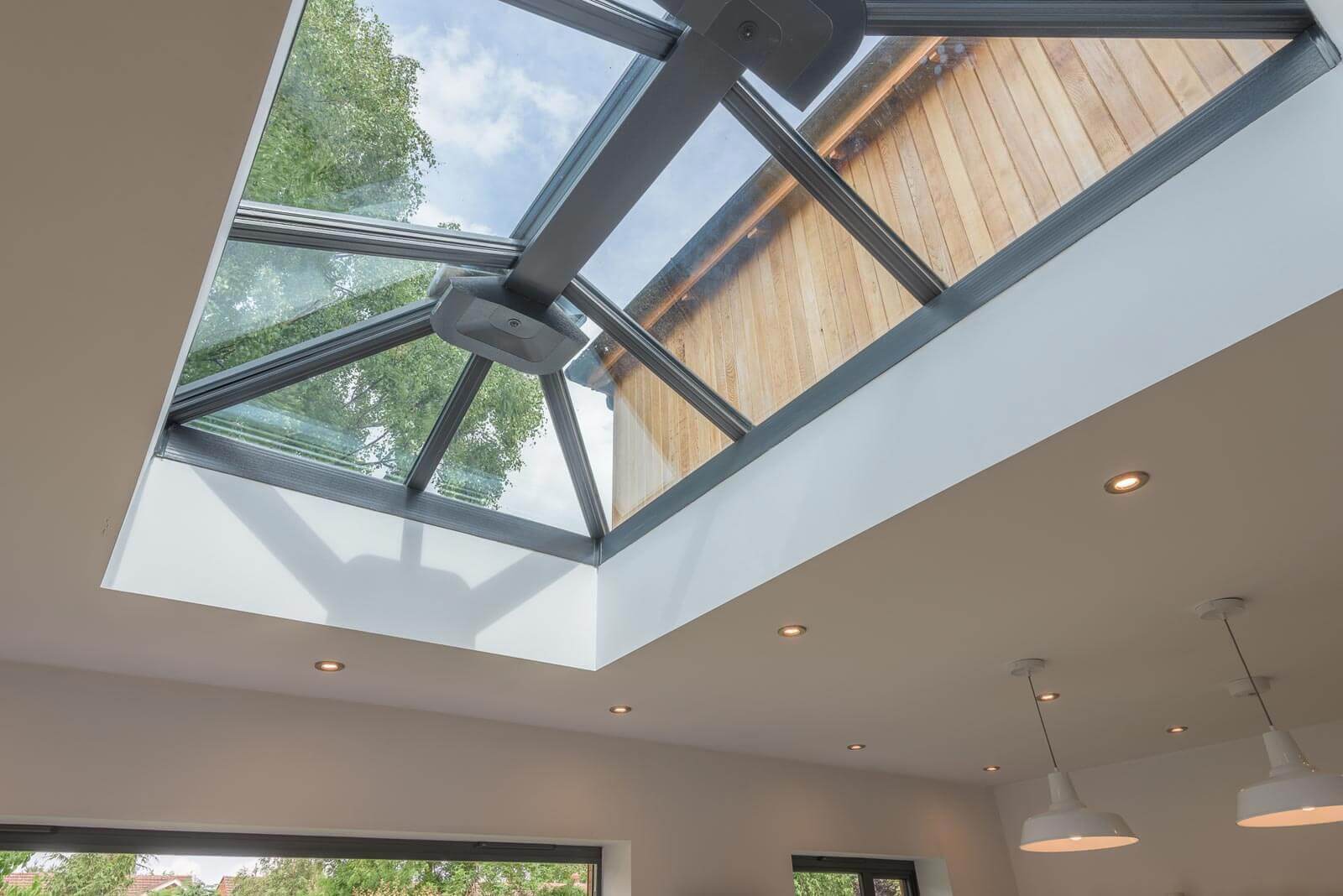 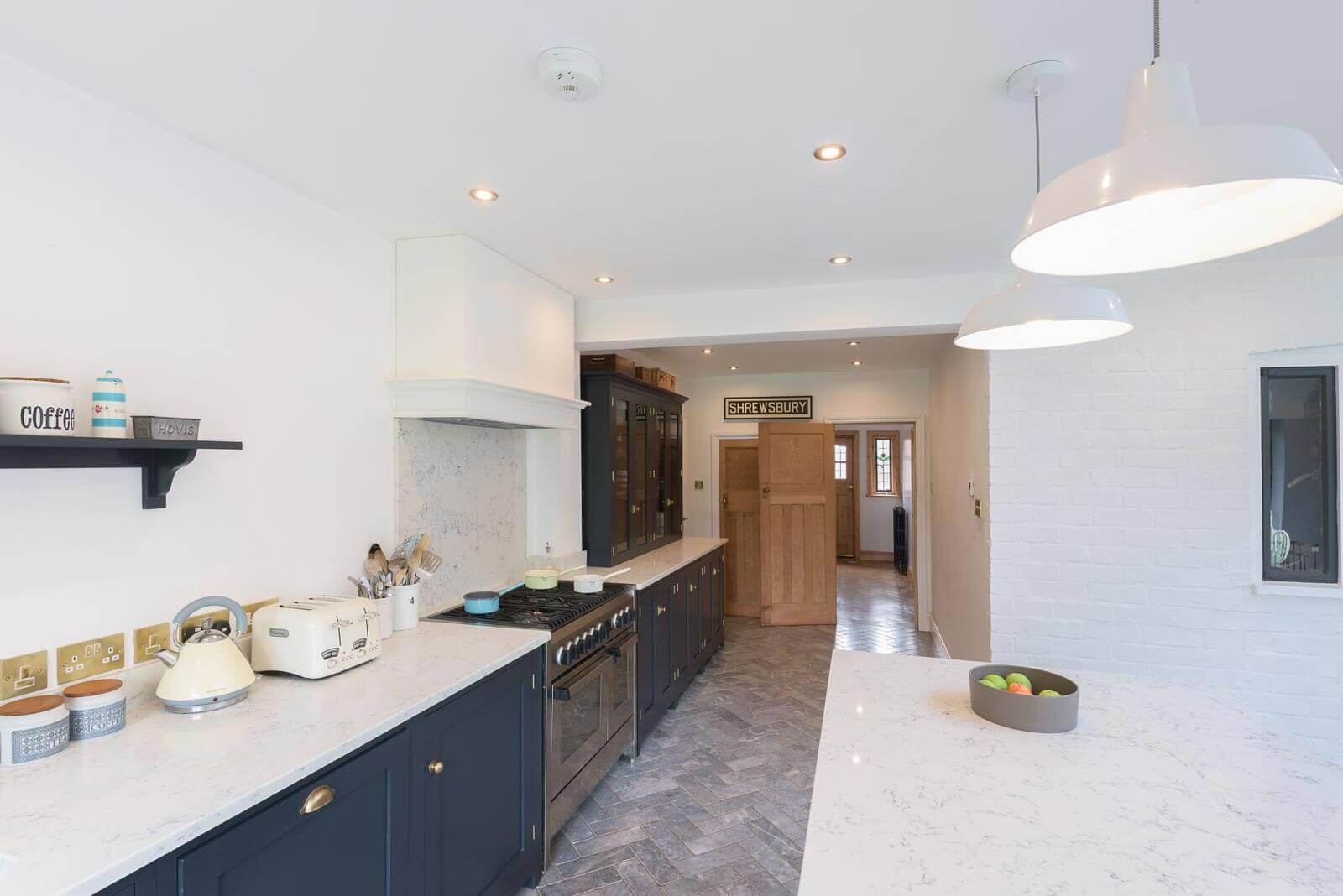 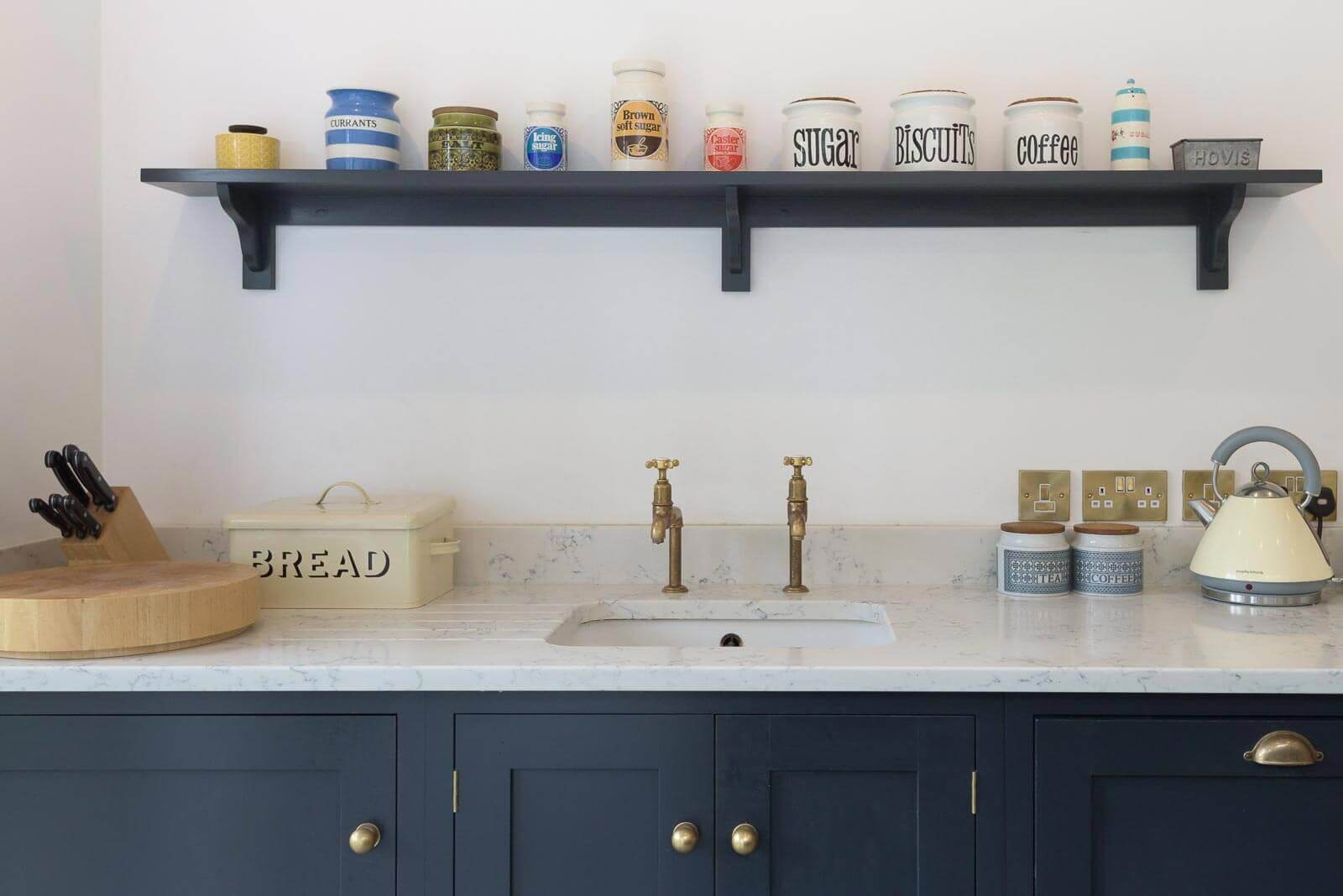 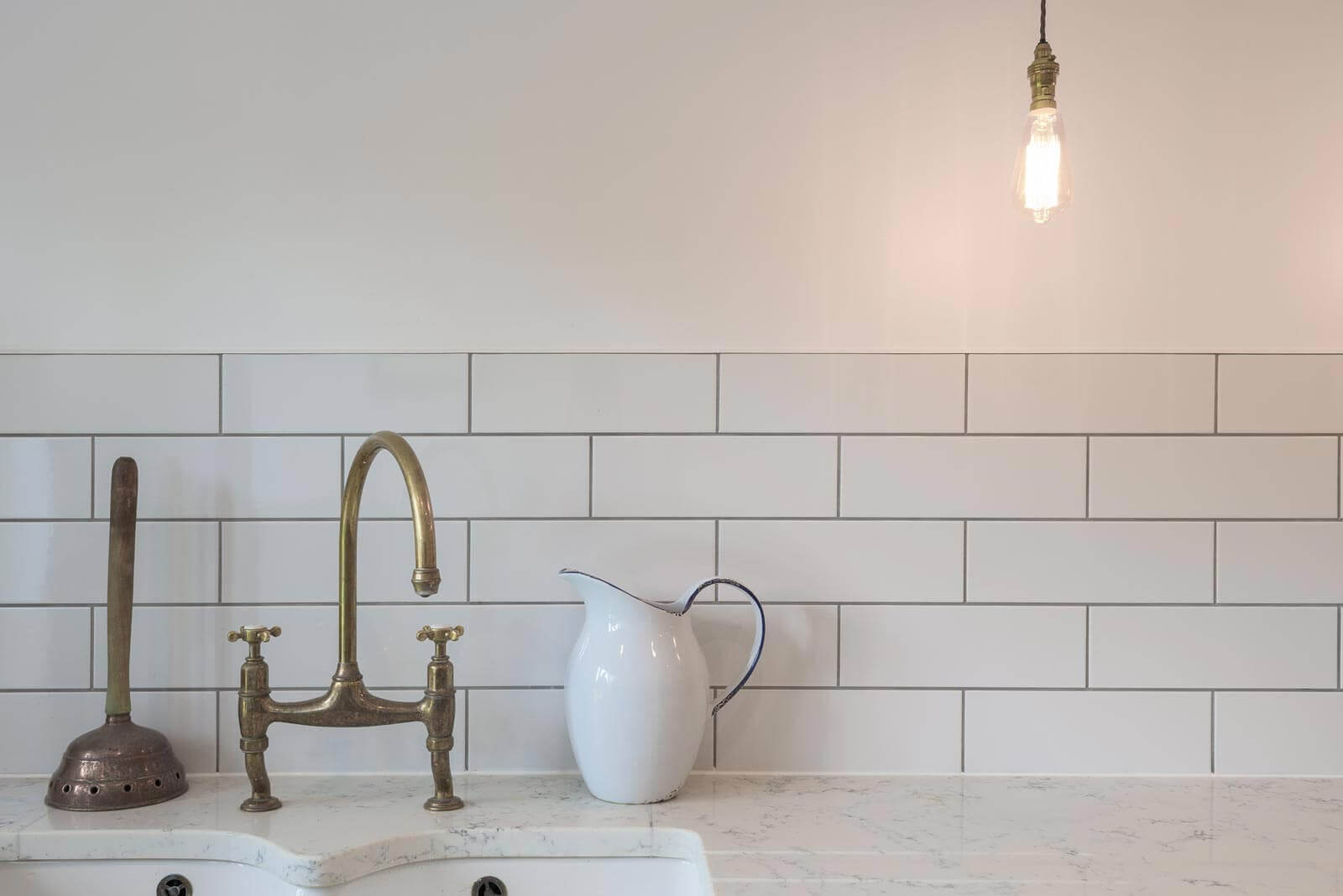 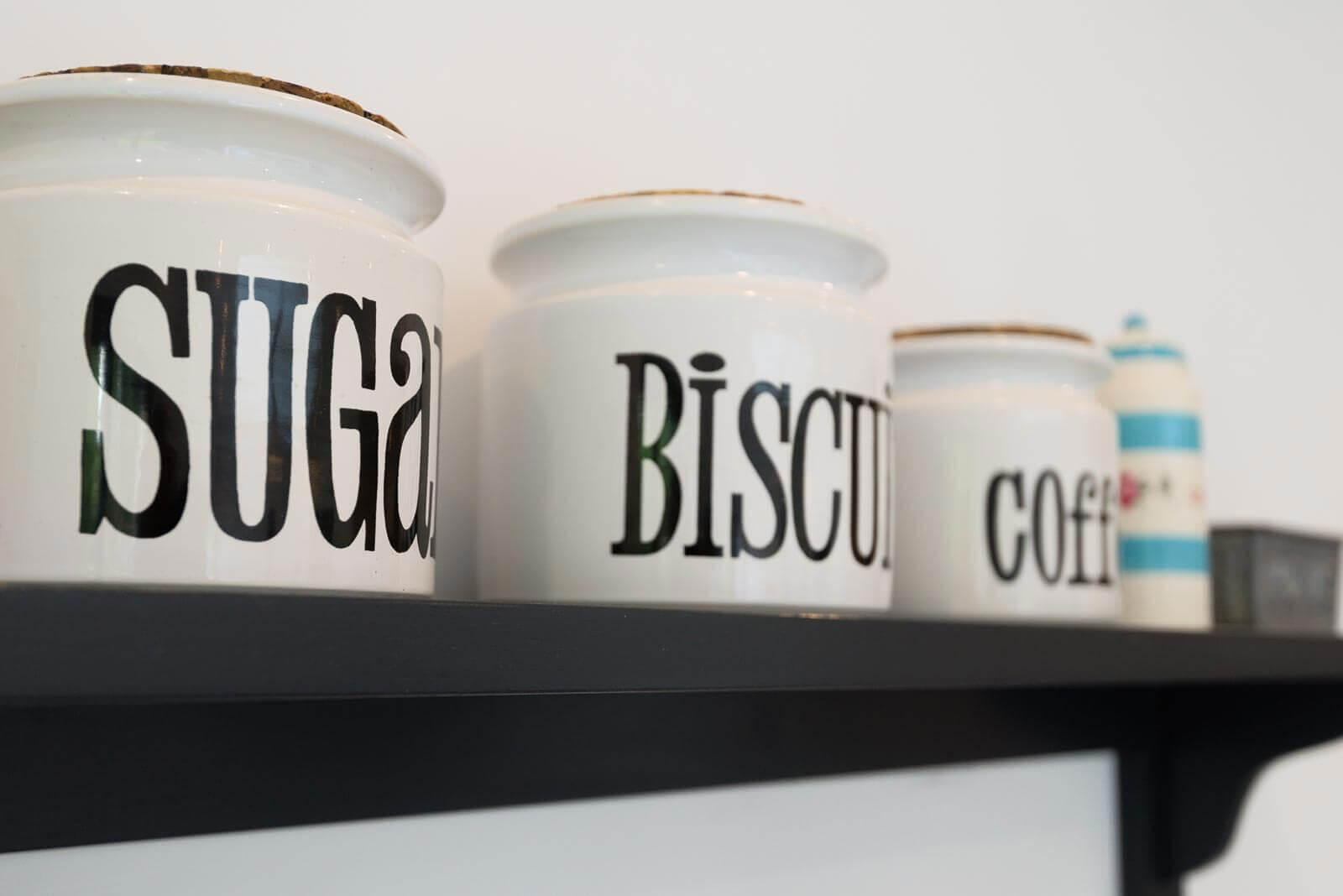 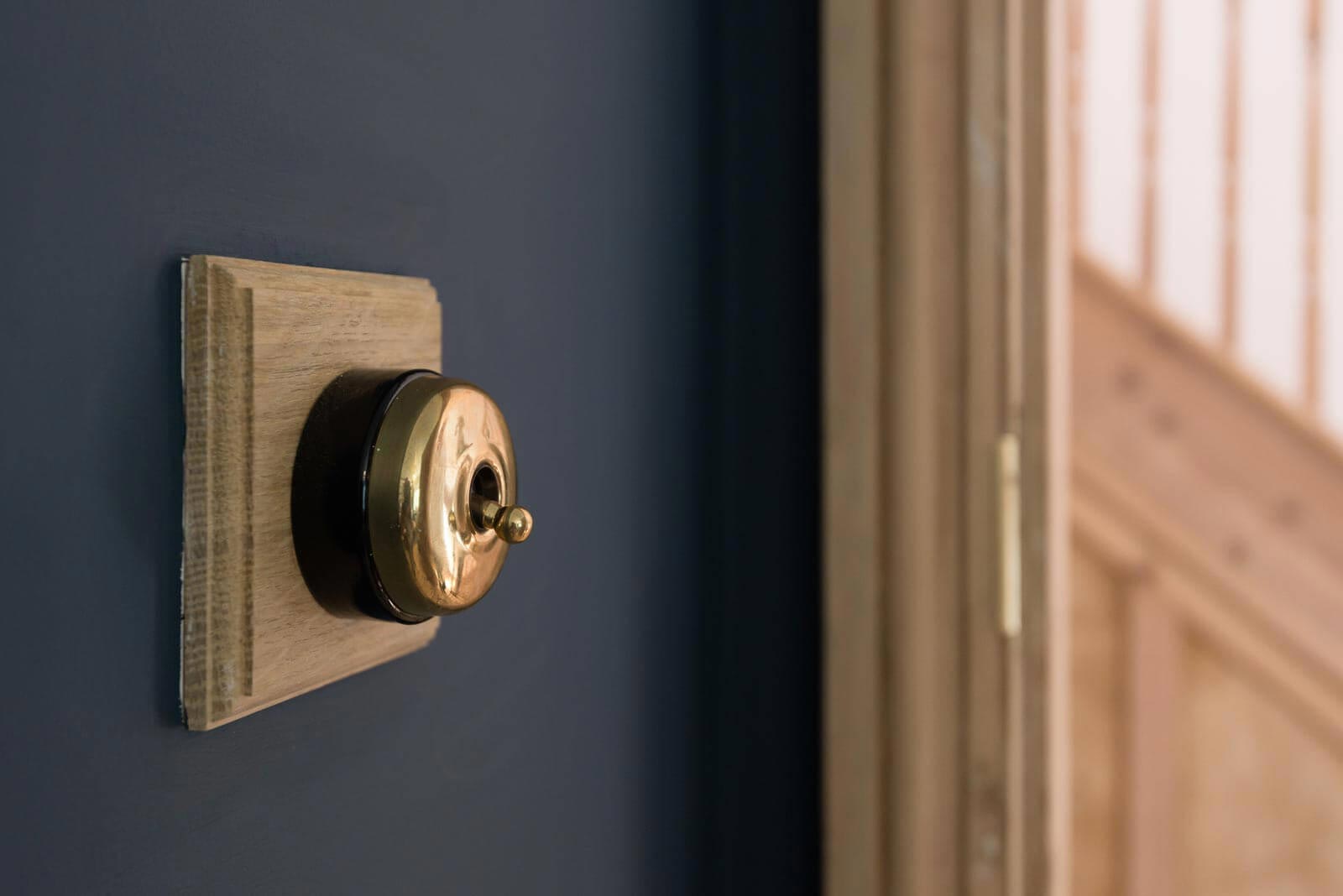 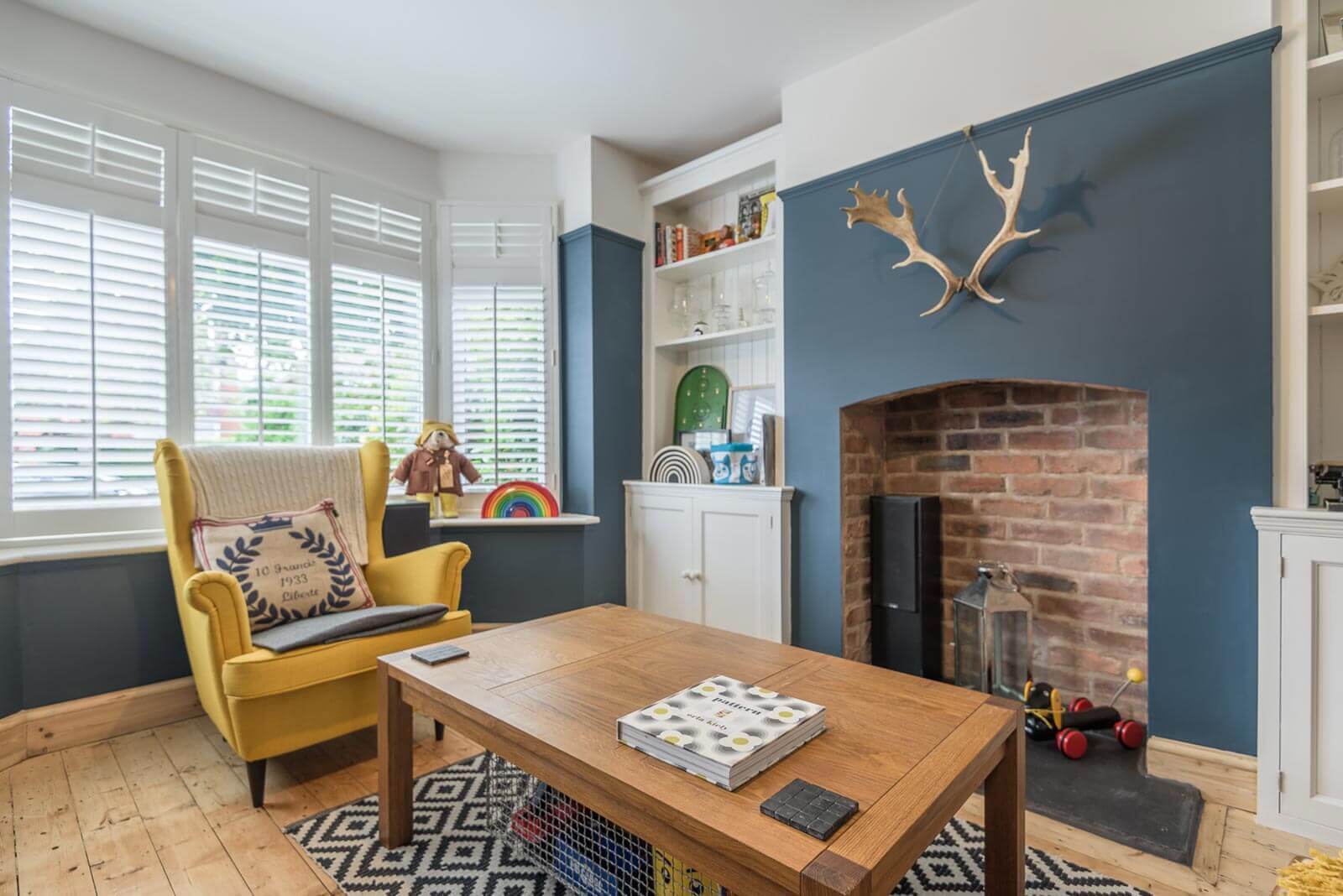 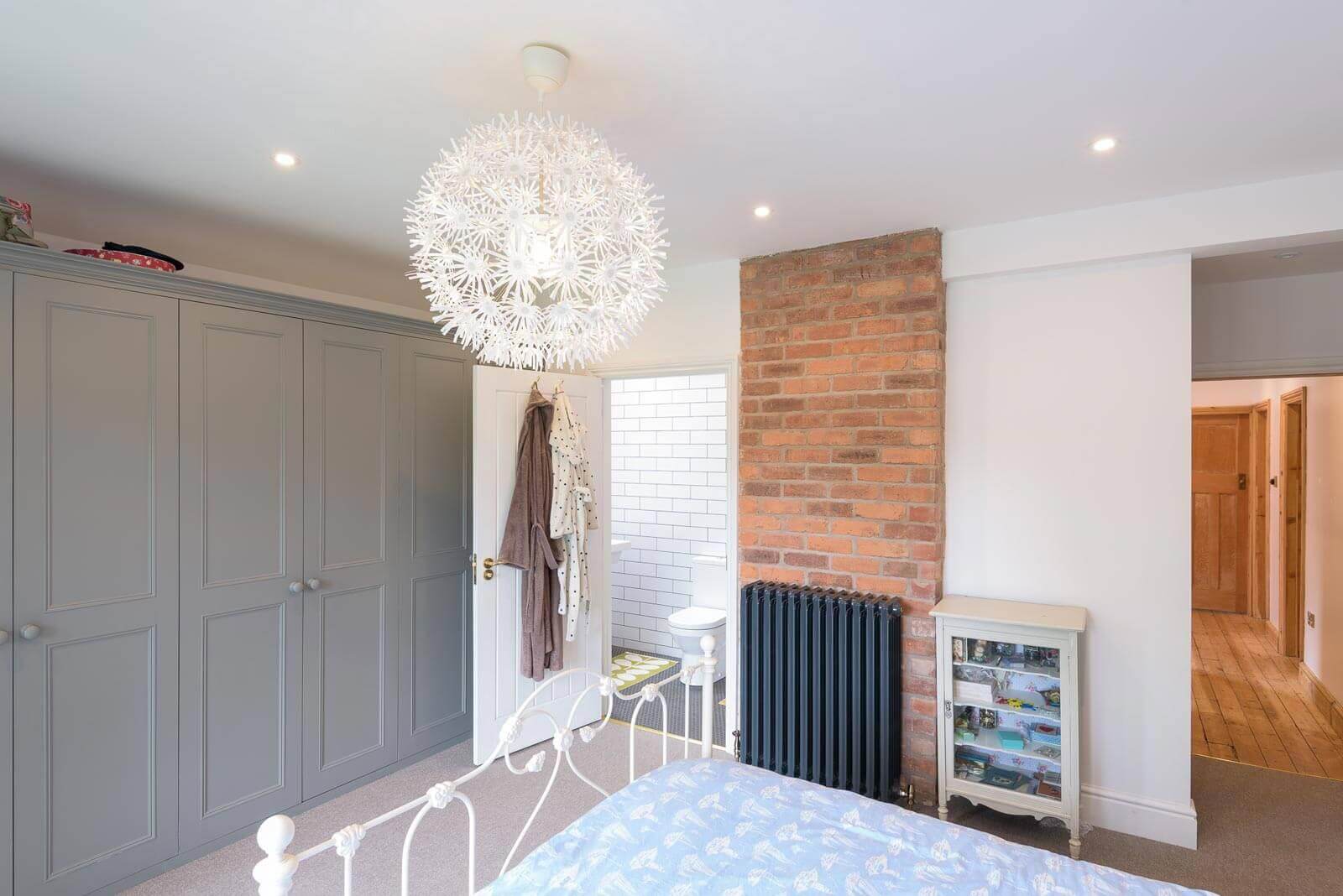 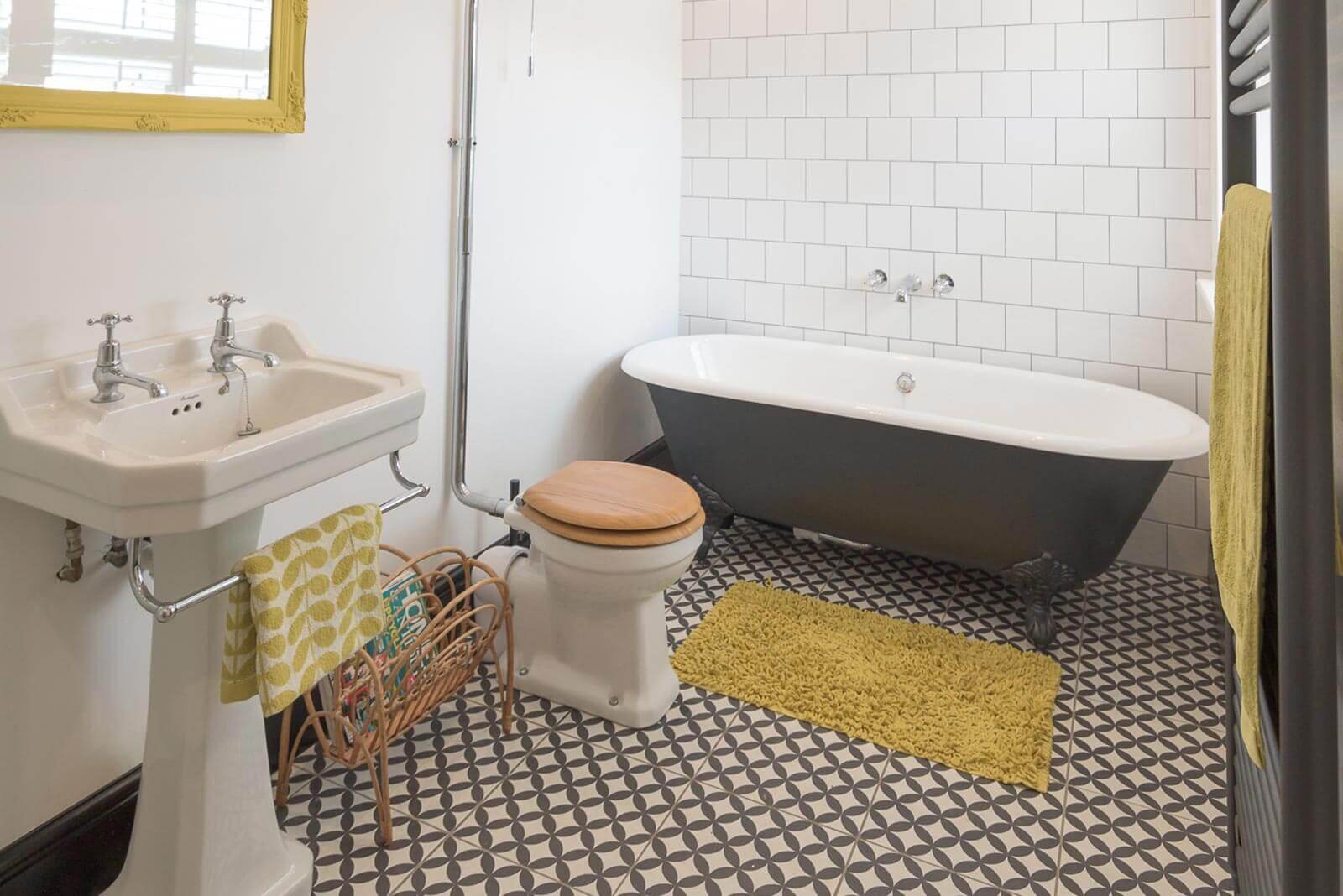 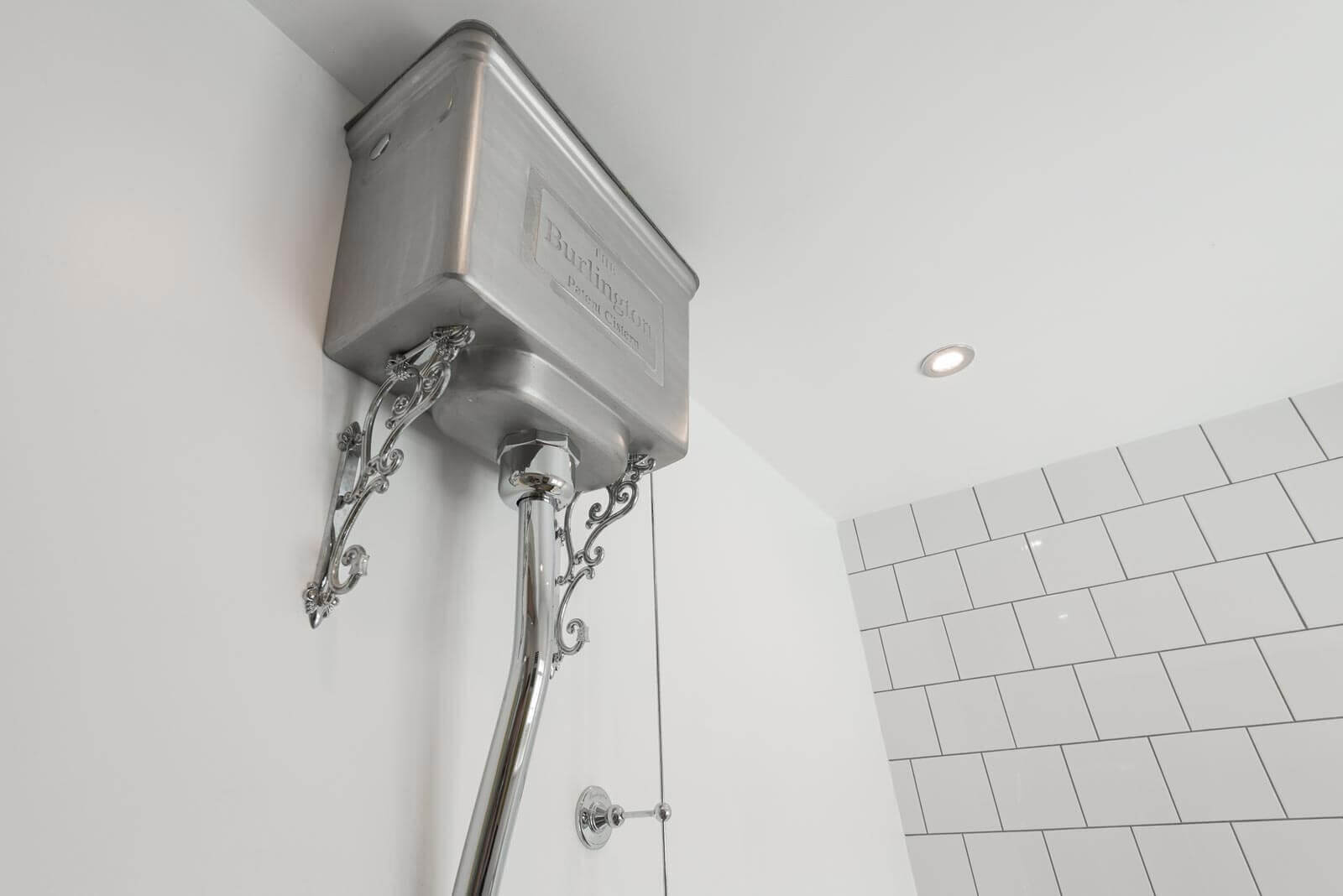 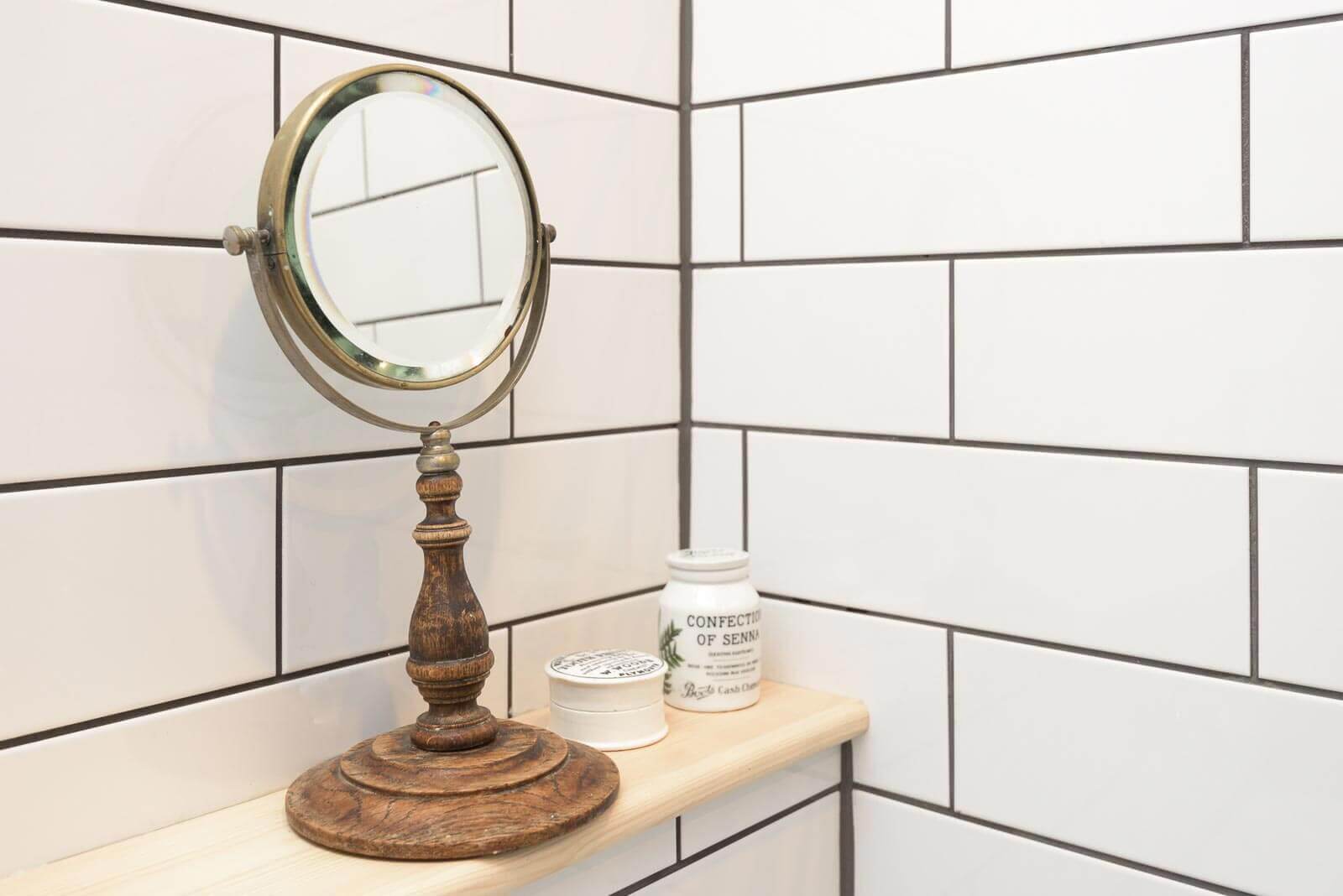 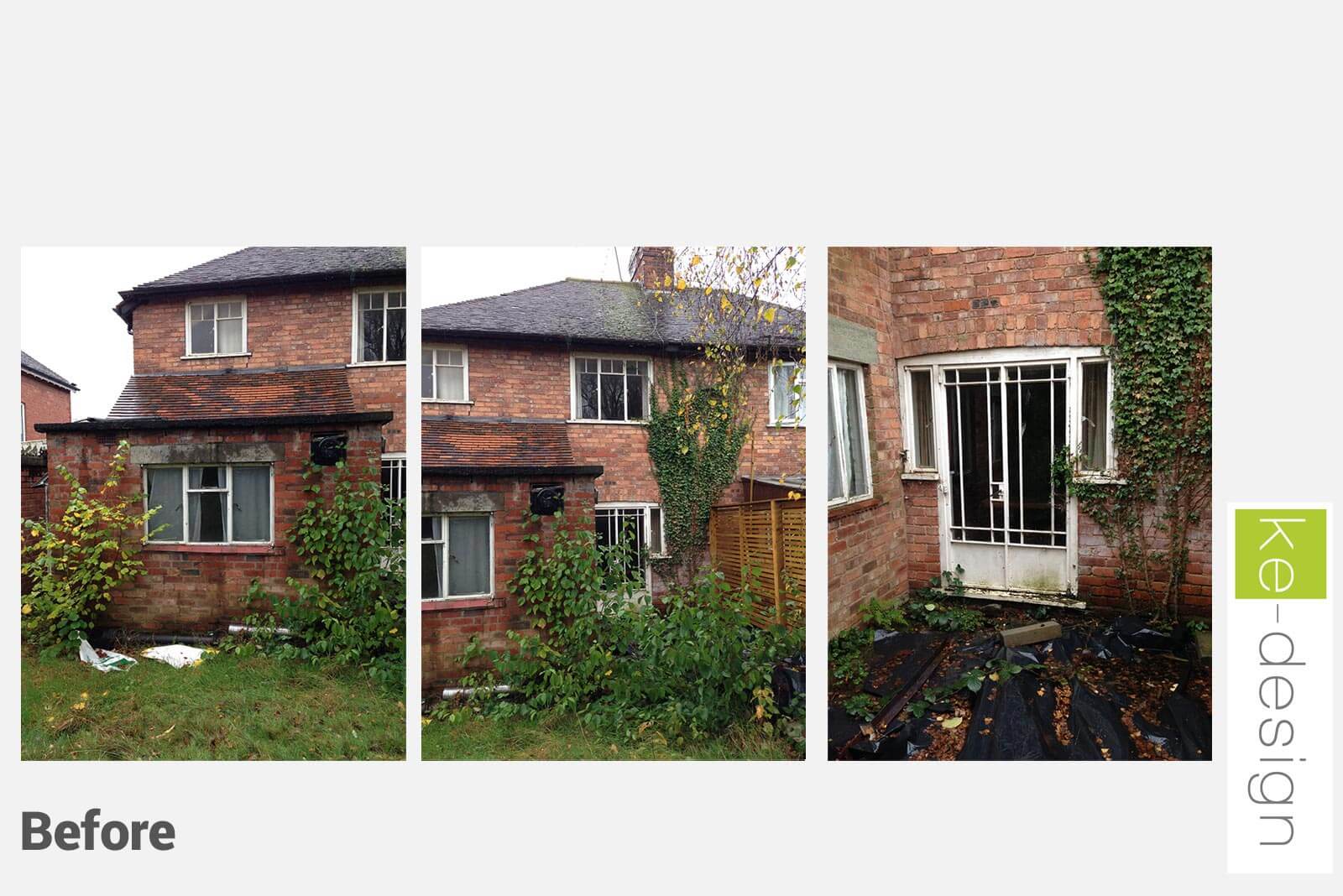 Having been empty for almost 10 years, the client bought this house after one viewing and having just give birth to twins. Before rolling up their sleeves to get stuck into the existing they contacted Ke-design about a single storey extension for an open plan kitchen / dinner plus utility & wc. Apart from combining the first floor bathroom and wc, which are generally separate for a property of this period, the client was going to leave the first floor.

It was suggested by Ke-design if they could afford it; it would be worth looking at a partial 2 storey extension to create a master bedroom – as with having twins, the 3rd bedroom wasn’t sufficient.

Ke-design provided a number of options, single storey as well as 2 storey, which the client was sold on- especially as an en-suite to the new master bedroom was achieved.

This project has been reviewed in ‘Oswestry Life’ Magazine, and Shrewsbury’s ‘It’s Beautiful’ Magazine. Both reviews generating our most Facebook views and comments so fare. The new neighbours were so impressed they’ve commissioned Ke-design to extend theirs, exactly the same……..well we’ve tweaked it a little.